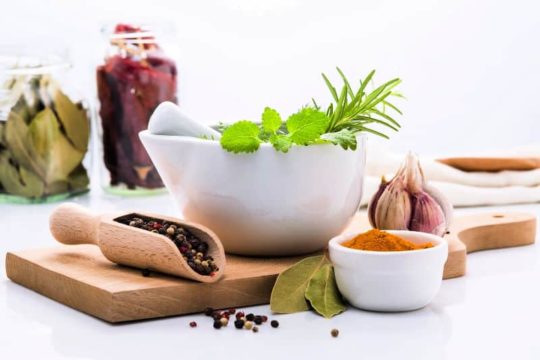 Salt is the world’s preeminent flavour enhancer. Reducing sodium in foods can be quite challenging however, as sodium improves the sensory properties of foods by increasing saltiness, decreasing bitterness, and increasing sweetness and other flavours. In India, average sodium intake is estimated to be more than 12.0 g per day.

World Health Organization (WHO) recommendations indicate that to prevent chronic diseases an adult’s upper daily limit of intake of sodium should be less than 2000 mg per day. That is less than 5 g salt per day.

Some low sodium substitutes to enhance the palatability of the food           .

Studies reveal that replacing salt with naturally brewed soy sauce could slash sodium levels in certain products without having a negative impact on food palatability. When cooking something with a strong flavour, it could be better to use soy sauce to amplify the flavours. Look for low sodium soy sauce alternatives available in Market.

In many parts of mainland Southeast Asia, fish sauce  is a staple, used for seasoning instead of salt. It gives wonderful depth of flavour. It is a lighter and more subtle seasoning than soy sauce.

Garlic powder is a great alternative to its high-sodium cousin garlic salt. Garlic salts are typically three parts salt, one part garlic powder. Garlic powder though has only 2 gm of sodium per teaspoon while garlic salts contains approximately 1000 mg of sodium. Make sure you pick the right one.

Balsamic Vinegar can be boiled to half and be used as a flavourful, mildly sweet topping, sauce, or garnish. Instead of braising with salty brine or sauces, few tablespoons of red wine vinegar can be added for similar taste. On an Italian food night, cut down on sodium by adding a few teaspoons of vinegar to homemade tomato sauce instead of adding more table salt.

Experimenting with sauces and flavour boosters can be fun and much healthier than using salt for flavour. Be creative and season your foods with spices, herbs, lemon, garlic, ginger, vinegar and pepper. Remove the salt shaker from the table. Also, check https://www.nephroplus.com/spice-up-food-without-salt/ to know more about the salt substitute available in our kitchen and suggested foods to be paired with them to get the best recipes out of it.

Note: Do not treat this article as the sole source of information. Kindly consult your Nephrologist/ Nutritionist before making any changes in your daily diet regime.