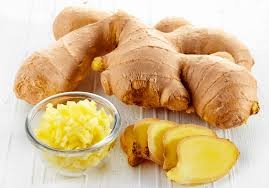 Ginger comes from the Zingiberaceae family. Ginger has been in use as a flavouring agent since age unknown. It is a common spice used in Indian cuisine and is a folk remedy and it’s so common that we overlook its benefits and its medicinal properties.

Let’s look at its uses first, followed by its disadvantages too.

Folk medicine shows that ginger can help prevent motion sickness. Raw ginger is used as is for this purpose. It can be used in various food products as non-alcoholic ginger ale or beer, ginger tea, dry ginger powder, pills or candied ginger root (traditionally called inji murappa in interior Tamil Nadu).  It can also complement Green Tea, and lemonade. Historically, ginger is also known to ward off evil spirits.

Herbalists recommend ginger for treating nausea that accompanies pregnancy, chemotherapy, digestive problems or in dialysis patients. It is also used to prevent vomiting due to its strong flavour.It is also a remedy for food poisoning or gastroenteritis.

The pungent constituent of ginger 6-Shoagol is shown to cure cancer. It is produced when ginger is dried or cooked. Since it is a dietary compound and not a modern synthetically produced chemical, it is a welcome option for cancer therapy.

Also, studies show that ginger has anticancer properties accounting for the presence of Beta Ionone, a terpenoid. Trepenoids present in steam distilled extract of Ginger could be used for treatment of endometrial cancer. Ginger helps improve chemotherapy response.

Ginger is known for its digestive properties, it helps in secretion of intestinal juices.

You can find relief from cold congestion by sipping a hot cup of ginger tea.

Ginger blocks the pro-inflammatory chemicals (prostaglandins). This alleviates the pain of Migraines and Arthritis. It is shown that consuming ginger at the first sign of migraine helps in bringing relief. Taking ginger daily lessens pain due to arthritis (osteo-arthritis or rheumatoid arthritis).

If you are on Hemo /Peritoneal Dialysis, you experience a fairly common symptom – nausea / Vomiting / indigestion. Ginger can be used to treat these symptoms. You will be on a salt restricted diet and ginger can be used as a spice to add flavour. 5 grams of ginger is the allowance for a day. This is about an inch of ginger. It has only about 20mg of Potassium and it is low in Phosphorous (2mg in 5g of ginger). Ginger is a kidney friendly seasoning. Extracts of Ginger have been shown to reduce nephropathy in rat studies. Research shows Ginger reduces the results of diabetes complications such as Kidney Disease, so it can be used as precautionary medicine to delay kidney disease. Antioxidants are known to ward off Kidney Disease and ginger is the right foodstuff packed with antioxidants, but ginger should not replace the allowance of other antioxidant rich food in the meals like fruits and vegetables for the day. Ginger consumed in suggested amount is healthier for renal patients.

·          Ginger has been shown to reduce blood pressure. This might cause light-headedness and can be mistaken for another problem.