How effective is the Golden Spice -Turmeric- in Diet? 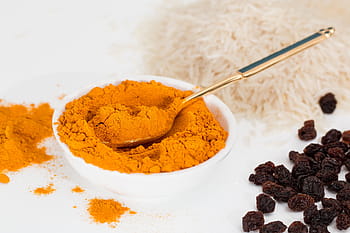 Golden Milk, Turmeric Latte or Haldi Milk is gaining popularity not only in India but in Western countries too due to the antimicrobial and anti-inflammatory properties it offers. Earlier, Mistry of AYUSH had issued an advisory suggestion, to encourage the use of alternative medicine to improve immunity against COVID 19, which proposed use of Kadha, warm water on daily basis and increase use of spice in cooking like turmeric, cumin, coriander and garlic and consuming chawanprash every morning. The Mistry was highly criticized by researchers and medical practitioners and had suggested to come up with evidence based research to support the claims.

Ingesting Curcumin in the form of turmeric added to the food preparation cannot reach the specified dose as, curcumin constitutes 0.2-0. 5% of turmeric. Studies have suggested to have used varying doses, often as high as 500-1000 mg. Curcumin.

Consumption of curcumin alone cannot achieve desired health benefits due to its poor bioavailability. There are various compounds that can help enhance the absorption. Black pepper has an active compound called as piperine when combined in a complex with curcumin, has been shown to increase bioavailability by 2000%.

Curcumin has a long-established safety record. But if abused can lead to diarrhoea, headache, rash, and yellow stool.

Bottom line is prescribed dosage of turmeric should be around 1 tsp per day and it should be paired with piperine for maximum benefits. Curcumin is fat-soluble, consuming it with fat may also increase absorption.