I fell in love with the centre on the first day itself. The staff was so different. They called patients “guests”. 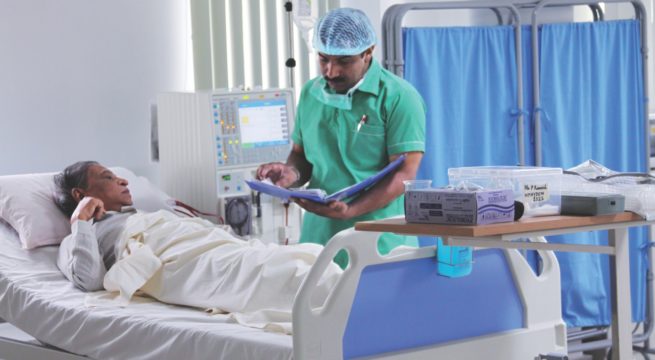 For someone who was a Senior Manager at a multi-national company, kidney disease can be a rude shock. I was diagnosed and put on dialysis in a matter of weeks. I had missed the symptoms for a long time and in a short while, my life changed completely. I initially went to a centre within a hospital close to my house.

How I hated it there! The technician who was in-charge there was a thorough rogue. He would give me slots that were completely inconvenient because I did not pander to him and pamper him with gifts. Why did I need to do that? I was paying for the services there! Patients would bring home cooked food for him, give him gifts and sweet boxes during festivals. They all got preferential treatment. The staff talked to me rudely because I did not do all this. I felt so frustrated.

Then I heard about NephroPlus from another patient who thought like me. He said this kind of behaviour was not allowed in that dialysis centre. It was about four kilometres farther than the hospital I was going to then. But I still decided to give it a try.

I fell in love with the centre on the first day itself. The staff was so different. They called patients “guests”. That made such a huge difference. I did not feel like a helpless patient who was at the mercy of some arrogant thugs. I felt genuinely cared for. People there treated me so differently. They gave me so much respect. I decided never to go back to the old centre.

Its been almost two years since I have moved to NephroPlus. I am so happy here. Guest care here, truly comes first!