Can Herbal Tea or Green Tea Be Recommended For People With ESRD? 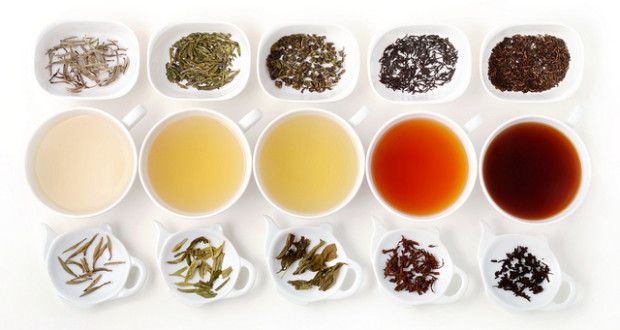 You must have heard the benefits of using herbal or green tea for a long time now. However, can these be advised for people with ESRD? Will it have a similar positive impact on health? How much is advisable? To know more read on!

Herbal tea:It is made from infusion of plants. It is a combination of boiling water and dried fruits, leaves, stalks and flowers. It does not actually contain any tea leaves. It is the natural part of plants. The nutritional content and the chemical composition will depend entirely on the content used.
Varieties include ginger, ginkgo biloba, ginseng, hibiscus, jasmine, rosehip, mint, rooibos (red tea), chamomile and Echinacea.
On the other hand, green tea comes from the same and the real tree called Camellia sinensis. Green tea is made from oxidation of tea leaves. The colour of the tea entirely depends on the time of oxidation and the way it is processed after harvesting. Different processing methods give tea leaves from the same plant their own distinct colour and flavour. The brew can be divided into 5 basic categories: Green Tea, Black tea, White tea, Oolong tea and Pu’er tea.

Green Tea: It is made with steamed tealeaves; it has a high concentration of EGCG (most powerful antioxidant) and it has been widely studied. Green teas tend to have less caffeine (10-30% of coffee)
Regular consumption of 5-6 or more cups of green tea per day or similar amounts of green tea, containing 200-300 mg of EGCG, have demonstrated its usefulness for maintaining cardiovascular and metabolic health.

White Tea: It is the least processed tea. White tea tends to have the most delicate flavours and aromas.
Famous White Varieties: Silver Needle

Oolong Tea: Its semi oxidised tea (10%-80 %). These teas have a caffeine content between that of green teas and black teas.

Black Tea: It is the most well-known variety of tea in the West. It is also known as “red tea” in China. Black teas usually undergo full oxidation, and the results are the characteristic dark brown colour. It has highest caffeine content compared to other teas (50-65% of coffee, depending on the type and brewing technique).

Pu’er tea: Pu’er teas consist of larger leaves that can be aged for several years. Pu’Er leaves are usually compressed into various shapes before being aged. Pu’er tea is exposed to microflora and bacteria that ferment the tea, in a way similar to wine or yogurt. Some of the most highly regarded and expensive teas of this type are well over 30 years old.

Benefits of Tea poly phenols-
-There are growing evidence that tea polyphenols reduce the risk of heart diseases and cancer in humans
-In some studies, tea has been associated with anti-allergic action and antimicrobial properties.
-Few studies have demonstrated that the co-administration of drugs with catechins (EC and EGCG) inhibits glucoronidation and sulfonation of orally administered drugs thereby increasing the bioavailability of such drugs.
-Some epidemiological studies have associated consumption of tea with a lower risk of several types of cancer including those of the stomach, oral cavity, oesophagus and lungs.
-Therefore, tea appears to be an effective chemo preventive agent for toxic chemicals and carcinogens.

Consumption of green tea can be beneficial to decrease the cardio vascular risk and decrease the LDL levels, which tends to increase with CKD. Consumption should be moderate, as over use of green tea can lead to fluid overload.
On the other hand herbal tea has high content of potassium and phosphorus as compared to green tea and the values may vary with the plants and roots added to the infusion. While you want to enjoy herbal tea in a cold weather, make sure you read the content of the infusion.